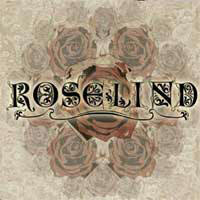 One thing that Roselind likes to do is harmonize. There must be a harmony of some form or another in every track off their self-titled EP. And they don’t just do it, but they perform it well. Especially on the radio friendly “Never Be The Same”, not only are there vocal harmonies but they have an extremely catchy three part guitar bridge that totally makes the song. Their music is very classic rock heavy, and you’d think growing up they just sat around and collected all the Bon Jovi and Guns and Roses records available to buy, waited until they were about thirty something to motivate themselves to form a band and then just play what they like to hear. However, they surprised even me at being only 18 years old! For being such a young band, they sure sound like they’re veterans of the genre. A classic rock gem is “Hobbyhorse” which is just laced with their influences and if you’re not paying attention, you really can’t tell the difference. Plus the vocals have that signature raspy-ness that give the tunes that rock edge but are still sweet enough to sing the songs. The lyrics are nothing to rave about but if they were perfect, then I’d be surprised that they had no flaws. Local boys, they tend to jam out at the local venues and they fit the local scene well. So let’s see: they cater to an older age group as well as a sizeable portion of the Philadelphia population that enjoys the format, and they sing songs that are catchy as hell… I think they’re strumming the right chords. “Favorite Vice” is a favorite with its extremely catchy hooks, John Bon Jovi sound-alike vocals and radio lovin’ chorus. So if you were or are SOL on tickets to see JBJ when he comes to your town, don’t cry – pick up the Roselind record and then realize you just saved yourself a whole fatwad of money! And then you can bawl in hysteria at the thought of missing out on that tushy.