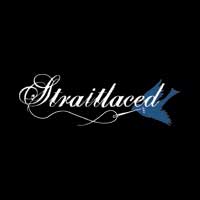 Power pop, screamo, punk… however you describe the band Straitlaced, they can be compared to [insert name of any Warped Tour band here]. That is in no way a low blow to their originality; it shows that they are worthy of being thrown on tour with dozens of other bands in the same genre, and can instantly win over hearts a plenty. Their debut self-titled EP illustrates that they definitely know how to feed the masses their heavier doses of emo. With their prominent drum beats, insane guitar solos and strong rhythms, they can easily fit on the bill for any Warped Tour genre concert. What gives Straitlaced that nice edge is their use of screaming. On “Half The Battle”, they effectively use it as another instrument in the group rather than the main focus. Seeing as how we have enough bands out there that bitch out their enemies, hate the world and scream their lyrics, this change is much appreciated. The lyrics on that song are very well constructed for allowing the crowd to serenade the band on stage if, when, performed live: a good start for a band trying to make it. They really demonstrate their ability to be able to write for radio on Six Letters, with their catchy riffs, and again on “Burn.” With constant changes in tempo, their music is not for the beginner – yet it also proves their talent as a group. The instrumentation on “Thank You, Goodbye” really expresses how much farther ahead of the ‘unsigned band’ pack they really are. They make sure the lyrics “Thank you for the good time/I hope your heart is as full as mine/I wish you could stay longer/It’s been fun, but goodbye,” which might seem simple as a read-over, are clearly sung in a way that you can imagine the circle pits ceasing for a moment while their fans sing with them, punching their fists in the air with every beat and totally involving themselves in the energy Straitlaced provides. Throw some Thrice, Taking Back Sunday, Yellowcard’s catchy rhythms, lighter Blink and Good Charlotte into a blender and I think you’ll have a nice taste of some high quality Straitlaced flavor for your ears.